A Filipino homestay in Tugas Village illuminates the warmth and hospitality abundant during the 2013 holiday season, just a couple months after Typhoon Haiyan struck the small community. This is an edited extract from Tom Graham’s book, “The Genius of the Poor,” which recounts the author’s one-year journey living in the communities served by Gawad Kalinga (GK), a local non-governmental organisation.

Last year, the venue for my Christmas celebration was a glitzy night club in Metro Manila. This year it was the GK Tugas Village in Bantayan (Cebu, Central Philippines), and the “discotheque” was a small, wooden gazebo.

There was no booming sound system — instead, we relied on our voices or the music provided by one man’s basic Nokia mobile phone.

The lighting, meanwhile, consisted of a single torch, its fading brightness being the only thing that saved this community from complete darkness.

Tugas Village has, after all, been without power since Typhoon Haiyan (Yolanda) made its devastating impact here almost two months ago.

One could hardly imagine a more ill-equipped party, and yet, as I danced and sang alongside some two dozen community members, I must confess to having the time of my life.

I arrived a few hours earlier amid some confusion. After a treacherous motorbike ride across an unlit dirt track, my arrival at the village induced a mild state of panic among my hosts who rarely (if ever) receive foreign visitors in this far-flung corner of the island. Indeed, owing to a logistical mix-up, no one at the village was expecting me at all.

“We hadn’t intended to celebrate much this year — not even a Christmas dinner — so we don’t have much to offer you,” said Jose, the community president, apologetically.

“Nasaan ang pamilya mo? (Where is your family?)” one of the mabuhay ladies asked me, looking concerned.

The thought that I might be feeling alone this Christmas seemed to galvanise the entire community into action, and they immediately began making preparations for an impromptu dinner.

Before I even had a moment to convince my guests that they needn’t make any special plans, one of the residents, a local fisherman, was already presenting a couple of squids he had caught earlier that day while another resident lit a fire.

As the village suddenly morphed into a hive of activity, I was drawn, almost magnetically, toward a group of excited children who had gathered expectantly around the motorbike. “Bilisan mo! Halika na! (Hurry up! Come with me!),” they urged me, as a boisterous tug-of-war broke out amongst those most eager to drag me off to the wooden gazebo where they usually played.

Given the time of year, I had stopped off in town on the way to buy a few simple presents for the children of Tugas Village. My instinct, upon arriving at our play area, was to hand these out first, as I wasn’t quite sure how else I might pass the time with such a large group of young children who barely spoke a word of English.

The gifts were warmly received since, from what I could tell, they were the only presents the children would receive this Christmas.

I couldn’t help but notice, however, that their reaction to receiving material gifts did not match the sheer enthusiasm and energy they showed for my simply being there.

In stark contrast to the Western culture that has shaped me, this community seems to have retained the gift of exulting in the sheer simplicity of shared humanity.

With bedtime approaching for the children, Alfie, a young man roughly my age, took the torch to show me around their village. This has been a tough year for them. The houses they had built with their own sweat only a few years earlier took the full force of Typhoon Haiyan, with only two out of 16 now having a roof, while another four were destroyed entirely.

Their vegetable patch, from which they grew different crops to feed themselves and to sell at the local market, was destroyed, while access to running water or electricity had still not been restored.

Alfie’s home was one of those seriously damaged and was temporarily uninhabitable, so he led me inside the house he shared with another family. “We are so blessed that our neighbours have taken us in. We built these homes together — and now we support each other through the tough times,” he told me, sitting on the bed he, his wife, and three children currently shared. Another entire family apparently slept on the bed opposite.

To any outsider, the year would be regarded as having dealt a major blow to their dreams. Yet, the way Alfie sees the brighter positives in disaster seems to sum up the distinctly Filipino way of dealing with such setbacks.

Staring at the gaping hole in the roof above, he went on: “My wife and I stay awake at night watching the stars. To think that we had never noticed them before — it’s actually quite romantic!” And with that, he threw a suggestive wink at his wife, who recoiled in embarrassment.

Re-joining the party that was now in full swing, I began eating and drinking, dancing, singing, and chatting with Alfie and other members of the community as if they were life-long friends.

As midnight approached, Jose, the village president, showed me to his house. “You are always welcome at number two Tugas Village, because you are already like family to us,” he told me, as he bid good night.

That evening, I lay awake for several hours, struggling to get comfortable on the single sheet of hardwood which constituted my bed. Growing increasingly restless at my inability to fall asleep, I eventually got up and made a visit to the bathroom, located at the back of the house.

On my way, I noticed Jose’s wife was sleeping on a plank of wood even narrower than mine — and that she was sharing this space with their three children. Going further, I stumbled across Jose lying on a simple bench in the shed outside. My own self-pity was immediately offset by the realisation that I probably had the best “bed” in the entire village. Not only was I sleeping in one of only two houses that still had a roof, but Jose and his wife had given me the marital bed.

As I lay my head on the wooden plank once more, sleep remained beyond me, although this time, my thoughts were filled not with self-pity but with humble gratitude.

Separated from my nearest and dearest by thousands of miles, I arrived unannounced at a community I had never met before and knew virtually nothing about. The mabuhay ladies were right: Perhaps for the first time during my journey, I was the one who felt vulnerable and alone.

Now, a few hours later, I was reflecting upon one of the most memorable and meaningful Christmases of my life — because this community had loved and cared for me in a way I scarcely feel I deserve.

I paused to reflect on how I might react if a young man, unknown to me, were to appear suddenly on my doorstep, claiming he had nowhere to spend Christmas and no one to spend it with. Would I welcome him into my home, ask him to join me at the dinner table, and offer him my bed while I sleep on the couch?

The society I come from would surely find various perfectly justifiable “reasons” for not doing so, and yet the wonderful welcome I have been given here reveals my human inadequacies.

This isolated community has somehow put me more in touch with my own humanity, and my earlier sense of loneliness at being separated from my blood family has been replaced by a new sense of belonging to a wider family, which it seems will do anything for me.

I am reminded of something that Dale Lugue, the volunteer I met at the beginning of my journey, said to me in Bagong Silang: “If you make the effort to come alongside the poor, they will never leave you behind.”

Meanwhile, by choosing to spend my Christmas here, I seem to have sent a powerful message to this community that they matter.

Previously intending not to have a Christmas dinner this year, they now talk of having had one of their most enjoyable Christmas celebrations in some time, and the experience seemed to have given them renewed hope for the future.

Even on Christmas Day, it seems it is our presence, and not our presents, that really count. 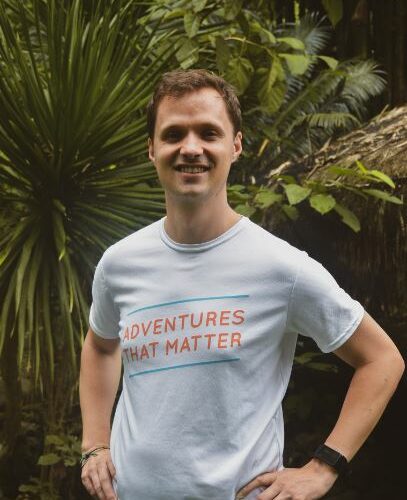 Tom Graham is author of the Genius of The Poor, a TEDx public speaker, and social entrepreneur. From founding Make A Difference (MAD) Travel in the Philippines, MAD has recently harnessed technology to enable learners around the world to connect to communities through interactive video. 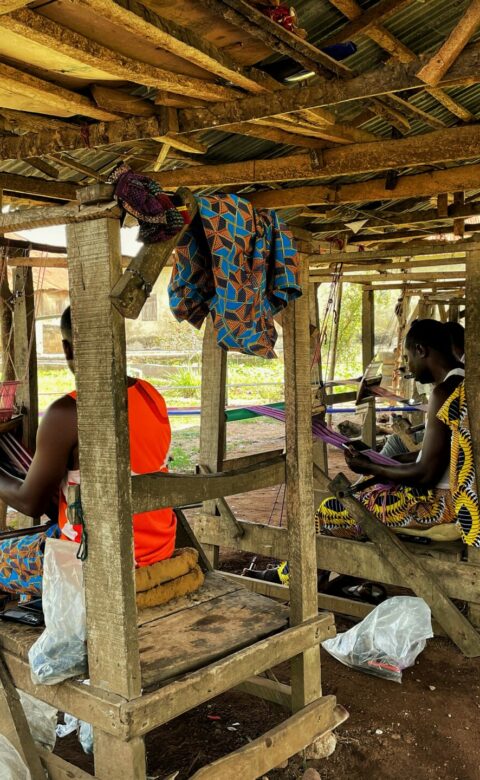 There are three types of Aso-Oke, a hand-woven cloth originating in the 15th century in Yorubaland. In a Rush to Slow Down: What I Learned by Coming Face-to-Face with a Rhino

A horseback safari in South Africa is more than an opportunity to see the Big Five. 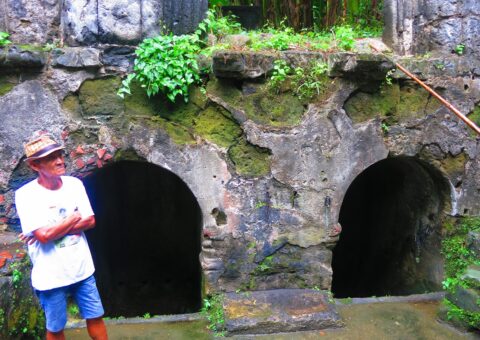 Located three hours from Manila, Taal Heritage Town retains its Spanish colonial vibe while its residents go about their lives. 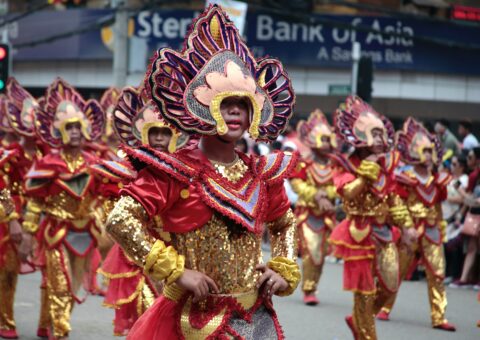 The “Cradle of Christianity” awaits visitors with lots of culture and history — but don’t forget to slip away to the beach. 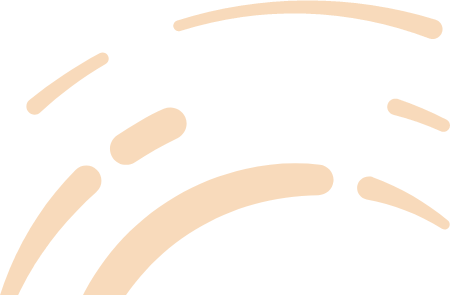 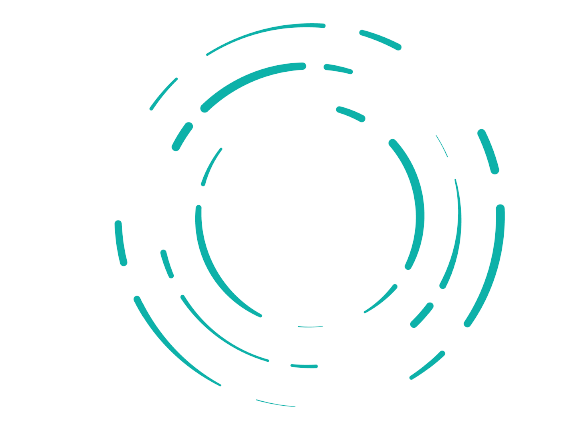